Henk started his carreer in 1978 with Otis Engineering after completing his study in Mechanical Engineering. Initially based in Holland he specialized in Coiled Tubing, Snubbing and wireline operations. In 1984 he moved to work the South East Asia region out of Singapore until 1990 as a senior well intervention supervisor.

In 1990 he moved back to Holland to start working as an independent Well Services Supervisor and Engineer for Mobil, Amoco, BP, NAM and other major operators in the Europe/Africa region.

In the position as owner/managing director Henk sold his shares and left the company in 2001 to return to single operating Well Engineer specialized in Well Interventions and Completions until today.

Marieke is our experienced hands-on Office Manager since 2019. Before she came to Leeuwarden, she was a HR and office manager at Numatic for over 16 years. She helps out with all office issues as personnel, project administration, bookkeeping and all other occurring activities and she makes sure the managers don't forget to breathe every once in a while.

Mohammed has BSc & MSc in Petroleum Engineering and is currently pursuing an MSc in Drilling & Well Engineering at the University of Stavanger. Before joining Spidron Weco, Mohammed worked in the research of Enhanced Oil Recovery for 18 months and as a Mud Engineer for about three years.

After having completed his Master of Science degree from the University of Aberdeen in November 2018, Mohammed moved to the Netherlands where he took several short-term jobs in the oil and gas industry including Roustabout Offshore Drilling and Coil Tubing Trainee Operator. In February 2020, he joined Spidron Weco as a junior Drilling & Well Engineer. Put in charge - under supervision - of various live projects at Spidron Weco, Mohammed has acquired knowledge and skills in Designing wells (Oil & Gas, Geothermal), writing Drilling program, writing Well Intervention program, running cost estimates and preparing risk registers.

Rein studied Mechanical Engineering at Polytechnic College in Leeuwarden (HTS), after which he joined Shell to work as an international drilling staff member.

In 1989 Rein emigrated to the UK with his young family to work as a Drilling Engineer and Drilling Supervisor for Shell UK Exploration and Production from Lowestoft. After six years of service he was moved to the Sultanate of Brunei, where he worked on a wide variety of oil- and gas wells, both onshore and offshore, ranging from new-drilled wells, to repairs and workovers, abandonments and interventions. He worked as a Drilling Engineer, HSE focal point and Drilling Supervisor, was closely involved in the set-up of Emergency Command and Control for drilling operations and with the so-called ‘Technical Limit’ approach. He coached several local staff through their Round I and II self-study packages.

After completing his Petroleum Engineering study at Delft University, Robert began his working career in 2001 working for BECi B.V. designing and developing salt and gas wells. Through this work he moved to Frisia Zout B.V. where he became Head of Mining. In 2008 he became Operations Manager for Northern Dutch Drilling Company (NDDC), operating a novel concept Huisman Drilling Rig on gas and geothermal wells in the Netherlands and Denmark. As NDDC was owned by Verkley, Robert also became actively involved with pipeline work, both in Europe and the Middle-East.

In 2011 Robert started Holland Drilling Group (HDG), involved in a wide variety of drilling related projects, ranging from geothermal permit applications in the Netherlands to acquiring a drilling contract in New Zealand, and developing a real-time web-based drilling operations monitoring system (RemoteView ©). This was followed by the start-up of Spidron B.V. in 2014, where Robert continued to provide a wide range of services to (primarily) geothermal energy projects.

After completing the study drilling and petroleum maintenance techniques in Den Helder Tom started off working in the field in 2002 as MWD Engineer and Directional Driller internationally for Transmark-EDS. Simultaneously he learned the skills of drilling engineering by supporting in the office on well planning and drilling optimalisation.

As from 2012 Tom started his own drilling consultancy business. He worked as drilling supervisor and drilling engineer in both the oil & gas as the geothermal energy industry. During this period Tom has been responsible for the day to day project management for the delivery of turn-key geothermal projects, on- and offshore drilling projects, work over projects and well design for companies as Eland oil&gas, TAQA, Tulip, Daldrup, California Wijnen Geothermie, RWE DEA.

Since 2018 Tom is a member of the Spidron Weco team as project manager and well engineer.

After completing his study Maritime Officer (BSc) on Terschelling, Vincent started his career as a Marine Engineer on board product/chemical tankers in 2001. He sailed worldwide for several years. In 2006 he moved to an onshore position as Quality, Safety and Security Manager, focussing on development, implementation, maintenance and auditing of QHSSE management systems. Including coaching of ship crews.

In 2011 he switched to an onshore natural gas E&P company starting as HSE coordinator. Vincent was responsible for the HSE department in 2012 as part of the Dutch Management Team. In 2014 he was actively involved in an operational reorganization which created a new opportunity to further build on an integrated approach of QHSE and operations. As Area Supervisor, he gave leadership to operation- and maintenance teams responsible for the safe production and treatment of natural gas within multiple assets.

In 2018 Vincent started his own company focusing on QHSE and operational consultancy and ISO 9001, 14001 and 45001 audits within various sectors including energy (oil, gas, geothermal), industry and recycling. Since this time Vincent has been part of the Spidron Weco team as QHSE Advisor.

Hossein has BSc & MSc in Mechanical Engineering and is currently studying a MSc in Environmental and Energy Management (MEEM) at the University of Twente.

After having completed his Master of Science degree from Tarbiat Modares University of Tehran (TMU), Hossein joined NISOC as an internship and trained as a drilling supervisor for two years.

In July 2014, he joined NIDC as a junior drilling supervisor (Night Company Man) and then PEDEX Company where he worked with the same position till Dec 2016. Then he got promoted to the senior drilling supervisor (Day Company Man) and joined NIDC again where he worked in the Azar and South Azadegan oil fields for more than three years. Then he was offered to join the NIDC engineering office and worked as a senior drilling engineer till Aug 2021.

In 1995 Marco started his career as Supervisor Cementing and Downhole Tools at Dowell-Schlumberger.

In 2000 and 2001 he was a multifunctional operator at Tristar Oilfield Services, working as a Cementing Supervisor and Coiled Tubing and Nitrogen Operator. After these years he joined Schlumberger again as a Cementing Field Specialist 2 for more than four years.

Switched his career to Coiled Tubing and worked 2½ years as a Coiled Tubing Field Specialist 3 for Schlumberger and 3 years as Coiled Tubing Supervisor for Baker Hughes. From 2011, he has engineered and supervised Well Intervention jobs as a CWI Wells engineer at Shell in Assen.

In 2014 he joined Neptune Energy in Germany as a Completion & Well Intervention Supervisor. In 2019 he started his own company Wellpro Consultancy and since April 2021 Marco is a member of the Spidron Weco Team as Well Engineer and Project Manager. 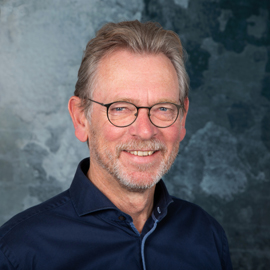 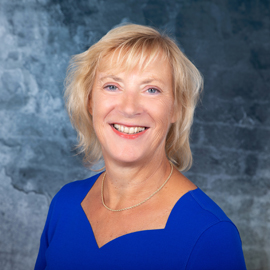 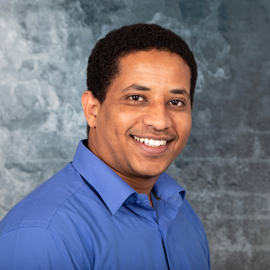 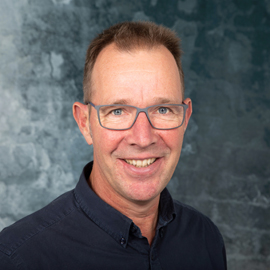 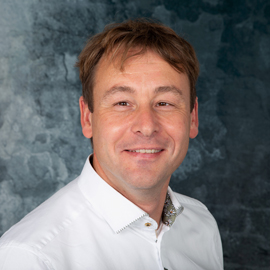 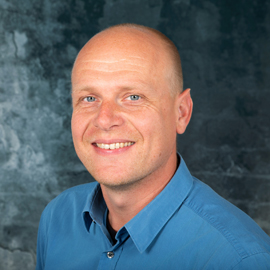 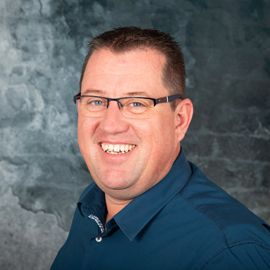 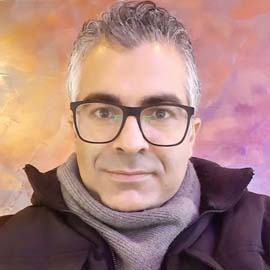 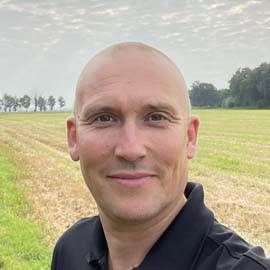